Subject: Obedience
Central Theme: Total Obedience
Objective Sentence: We can begin to live lives of total obedience to God by learning three lessons from a donkey.

Connection:
• Discussion Question: What is your favorite animal movie?
• Growing up you may have watched movies where animals talked.
• This is certainly common in animated movies.
• Maybe you watched shows like Mr. Ed or if you’re a little bit older the “Francis the Talking Mule” movies.
• It’s obviously something that seems pretty far-fetched.

• Today we are going to look at a text where the Bible makes the claim that a donkey talked.
• It is pretty incredible, because in this particular story, the talking donkey showed more discernment than the other main character, Baalam.
• You’ll see in this story a connection between spiritual discernment and obedience.
• This is why you should listen- God blesses and demands total obedience.

We can begin to live lives of total obedience to God by learning three lessons from a donkey.

Num 22:21-35 And Balaam rose up in the morning, and saddled his ass, and went with the princes of Moab. (22) And God’s anger was kindled because he went: and the angel of the LORD stood in the way for an adversary against him. Now he was riding upon his ass, and his two servants were with him.

• Balaam was a pagan soothsayer. He was a “spiritual” guy but was not really a follower of God. He would take whichever position suited him at the time. He used “spiritual” means to make a buck.
• God had told him not to curse the children of Israel on behalf of Moab.
• He responded to them by refusing to help. Then they came back with a bigger and better offer.
• God said to Balaam at that time he could go, but to say only what God had told him to say.
• When Balaam got up the next day to go, God was incensed.
• I believe that God was not angry at Balaam because he went. He was angry because He knew Balaam’s heart.
• Balaam was going with the wrong motive and with disobedient plans.
• It is clear he was not ready to listen to God on the trip by his actions we’ll see in the next couple of verses.
• As we’ll see, his donkey had more sense than he did.
• It is a dangerous thing to be lukewarm. It is dangerous to be “kind of” obedient. It shows foolishness because the problem isn’t ignorance. At least ignorance has a reason for wrong actions. Jesus said that he’d rather us be hot or cold. Lukewarmness makes him want to vomit.

• Three times in these verses the “Angel of the Lord” stood in the way of the donkey and Balaam.
• Three times the donkey, seeing the angel, turned aside or stopped.
• Three times, Balaam beat his donkey for not doing or going where he wanted his donkey to go; because he did not see the angel.
• Some believe that the “Angel of the Lord” is an preincarnate manifestation of Christ.
• At this point the donkey had more spiritual perception than Balaam did.
• At this moment in time Balaam had money, pride and power in his eyes that blinded him from what God was trying to do.
• “The irony is this lowly donkey had better vision to see the “angel of the Lord” than did Balaam who was known as a “seer of the gods”.”
• We must be guided by God’s will as it is revealed to us in God’s Word and not by our own opposing desires that tend to blind us spiritually. We must not put a price on our obedience to God.
• We ought to ask God to give us eyes to see as He does. Paul prayed in Ephesians that “the eyes of their understanding would be enlightened”. What a great prayer for ourselves today.

(28) And the LORD opened the mouth of the ass, and she said unto Balaam, What have I done unto thee, that thou hast smitten me these three times? (29) And Balaam said unto the ass, Because thou hast mocked me: I would there were a sword in mine hand, for now would I kill thee. (30) And the ass said unto Balaam, Am not I thine ass, upon which thou hast ridden ever since I was thine unto this day? was I ever wont to do so unto thee? And he said, Nay.

• This is obviously a strange and supernatural account.
• The donkey sees the angel that Balaam doesn’t see.
• Balaam gets angry and beats him.
• The donkey asks why, and Balaam responds.
• Seriously. Balaam responds. He’s talking to his donkey.
• A few things strike me about this exchange.
o 1. Balaam beating the donkey is presented here as negative. Â He is not seen as noble because of it.
o 2. Balaam does not seem to be surprised by the talking animal, but rather responds to it, even reasoning with it at a certain level.
o 3. I can hear the skeptic saying, “There is no way this really happened. See! The Bible is not trustworthy. The Bible is a myth!” To that I would reply, “Is anything to hard for the Lord? What is more incredible- that a donkey would talk or Genesis 1:1? If Genesis 1:1 is possible, then Numbers 22:28 is possible. In fact you would imagine that miracles could be used, rarely by definition, to get our attention and substantiate God’s identity to us as he reveals himself.
• The issue here though is that God chose to reveal himself supernaturally.
• Today what is supernatural is His Word in our hands and His Spirit in our hearts for those who know Him as Savior.
• We have an incredible gift in God’s Word. It is trustworthy.
• If God created the World and is all powerful, then we ought to obey Him.
• Is it smart to disobey the creator and sustainer of the universe? Why do we do it? Sin makes us dumb!

(31) Then the LORD opened the eyes of Balaam, and he saw the angel of the LORD standing in the way, and his sword drawn in his hand: and he bowed down his head, and fell flat on his face.

• God had opened the mouth of the donkey, and now he opened the eyes of Balaam.
• What Balaam saw was the “angel of the Lord” in warrior position.
• He was standing, blocking the direction Balaam wanted to go, with the sword unsheathed and at the ready.
• Of course Balaam’s response is somewhat expected.
• He was fearful, and surprised.
• He evened seem to surrender at a certain level.
• He bowed down and fell flat on his face.
• Was this worship?
• I believe it was not worship, but fear. Why? Because later he is used to bring Baal worship to Israel (Numbers 31:8,16).
• Maybe it was worship at this moment, but it did not ultimately transform his life.
• There are always things that happen that I do not see.
• God is at work, and He has a plan.
• At the same time, much of His will is not a mystery. It is found in His Word.
• We must respond to His Word in obedience. We must trust that God has a plan when we can’t see it.
• Are you fighting God? Â Are you going in a right direction with a wrong motive? Are you being disobedient in your walk? STOP! Trust God’s plan!

(32) And the angel of the LORD said unto him, Wherefore hast thou smitten thine ass these three times? behold, I went out to withstand thee, because thy way is perverse before me: (33) And the ass saw me, and turned from me these three times: unless she had turned from me, surely now also I had slain thee, and saved her alive. (34) And Balaam said unto the angel of the LORD, I have sinned; for I knew not that thou stoodest in the way against me: now therefore, if it displease thee, I will get me back again. (35) And the angel of the LORD said unto Balaam, Go with the men: but only the word that I shall speak unto thee, that thou shalt speak. So Balaam went with the princes of Balak.

• God was not angry at Balaam because he went, but because he knew Balaams heart and plans in going.
• The word “perverse” (v.32) here has the idea of taking something good (here it would be obedience in going with God’s permission) and twisting it into something evil.
• Balaam is so scared he is willing to go home. The “angel of the Lord” responds, “No. You’re going. But you will say exactly what I will tell you.” This is what happens.
• The animal that Balaam was mad at because he perceived it as dumb, disobedient, and stubborn had more vision and sense than Balaam.
• In taking a beating from Balaam he saved Balaam’s life.
• God deserves and demands total obedience.
• Is it possible that the things we are mad at or see as hinderances are God-ordained? They may very well be.
• Is it possible that the things we are fighting against are the very things God is using to sustain you and grow you.
• Is there anything in your life that you see as good, that you are twisting for your own selfish desires?
• Maybe you’re fighting God today and you don’t know it. You’re spiritually blind.
• Ask God to open your eyes to spiritual truth today!

A right response to sin is to repent, to avoid, to run, and to go in a new direction with the power of the Holy Spirit! 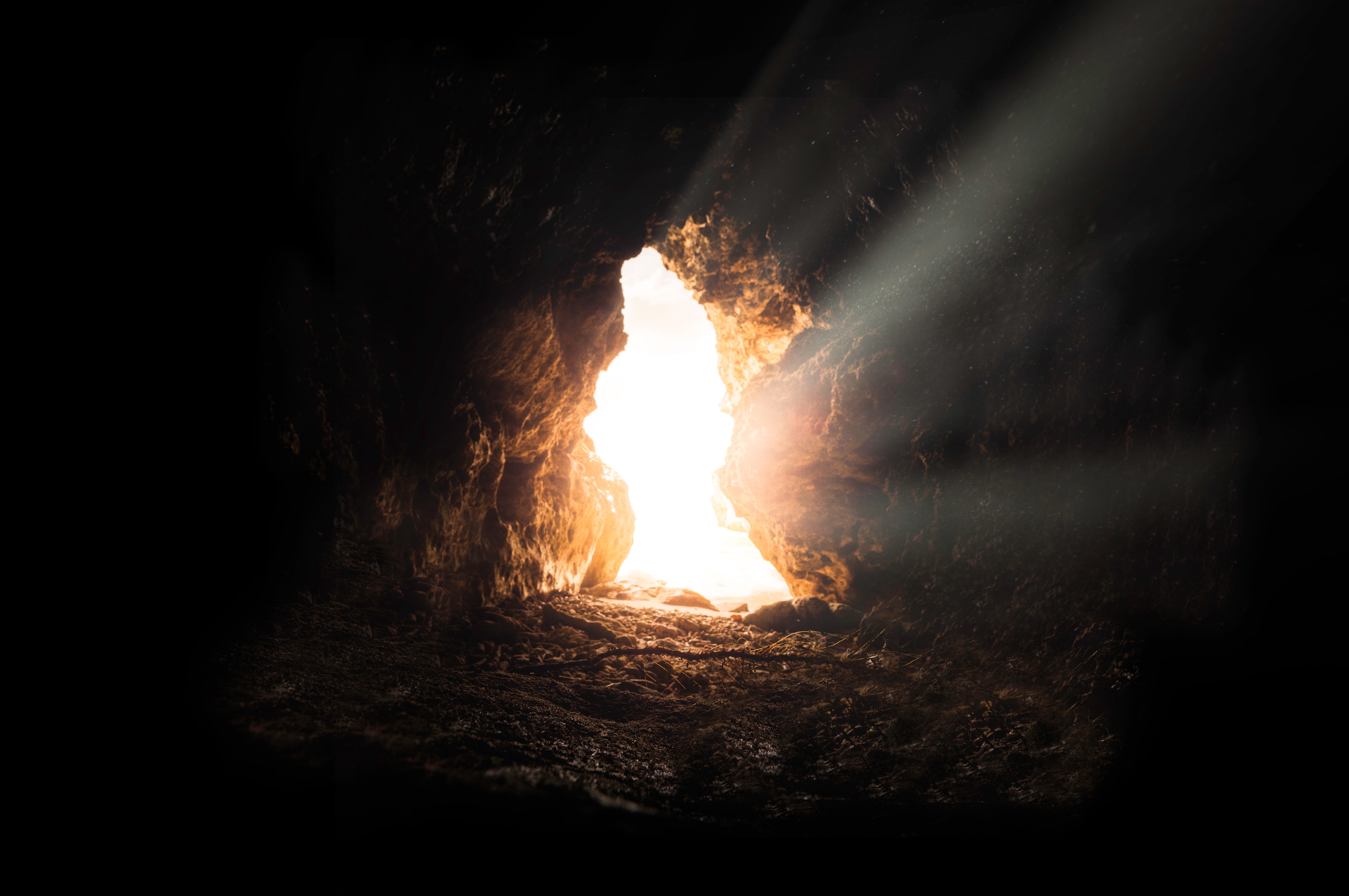 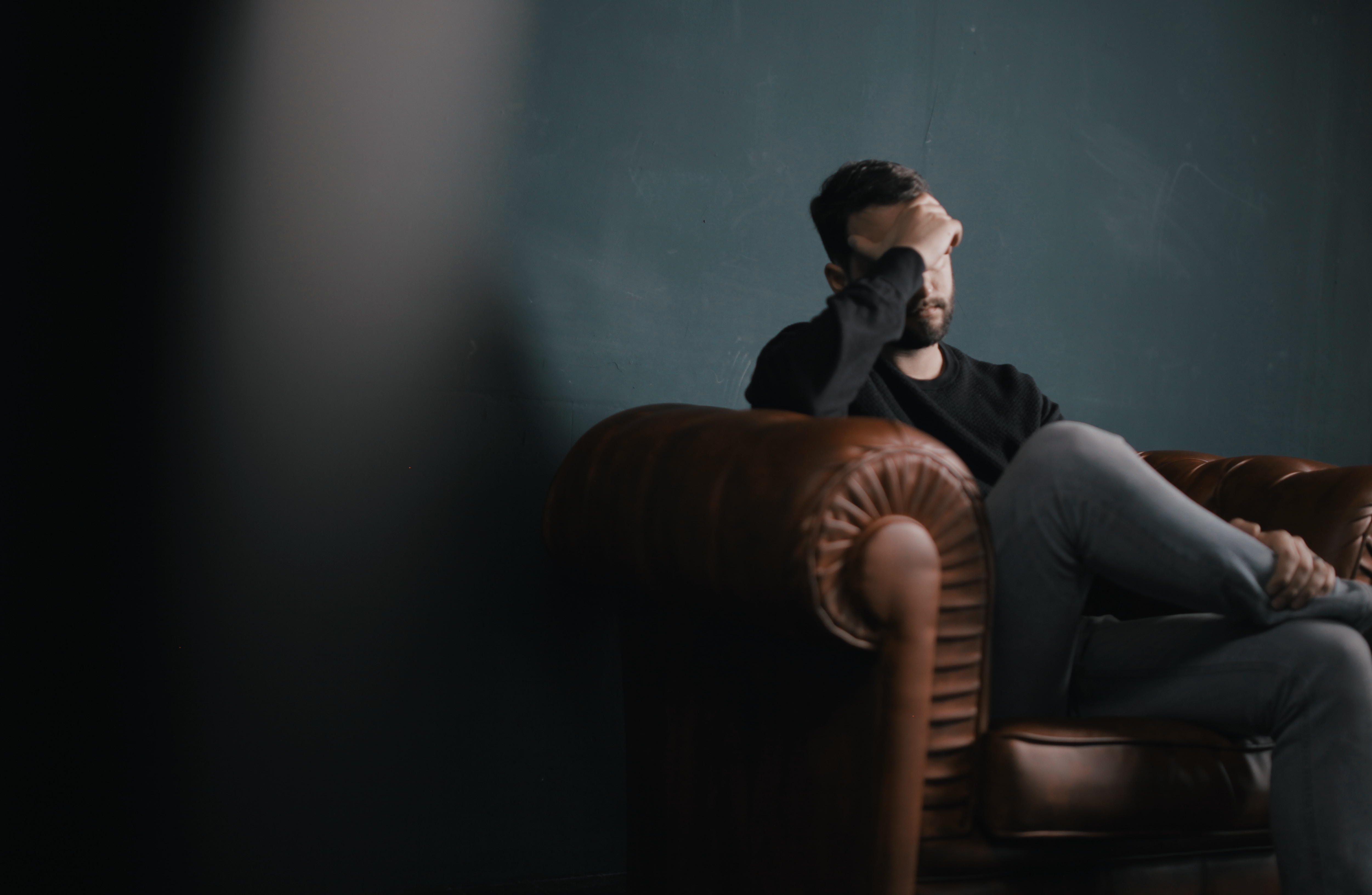